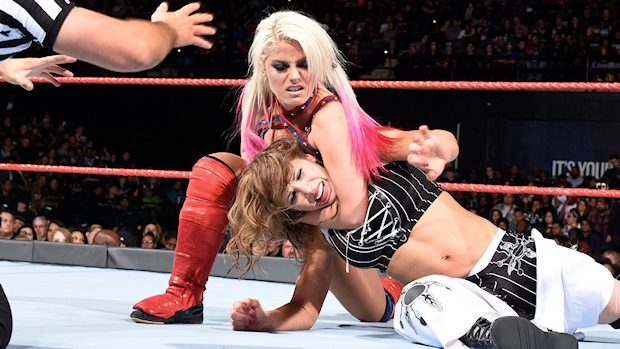 Mike Rome asked Bliss when does she think that James will give up her quest for the title because as “The Goddess of WWE” put it, her time has passed.

Bliss responded, “I don’t know, maybe it’s her age because she’s so old and crazy and doesn’t realize this isn’t 2007 anymore. I’m gonna say this really loud and clear for Mickie.

“Mickie give up, your old!”

– As noted, Nikki Bella and partner Artem Chigvintsev were eliminated from Dancing with the Stars last night. While Nikki scored a season-high 46 points from the judges last week, that score combined with viewer votes still eliminated her from the competition in a shocking double-elimination, where she was voted out alongside Vanessa Lachey. After being eliminated, Nikki took to Twitter with the following.