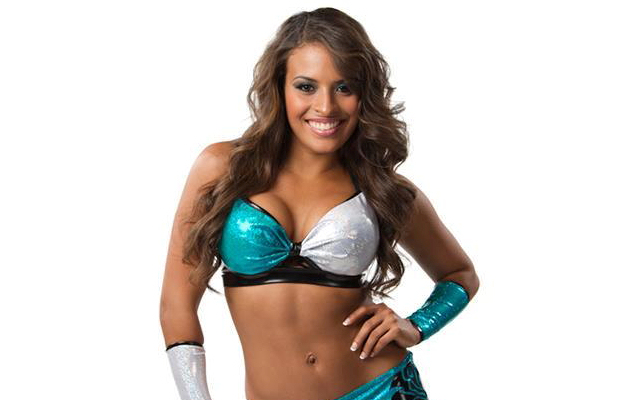 Though most wrestling fans probably know her from her stint with TNA Wrestling, where she appeared as Rosita, Thea Trinidad doesn’t lack for connections to WWE.

During her time in TNA in 2011 and 2012, she worked in an alliance with Sarita, who was portrayed by current NXT trainer Sarah Stock. Trinidad is engaged to WWE Superstar Austin Aries and will play AJ Lee in WWE Studios’ upcoming biopic on Paige, Fighting With My Family.

She appeared a number of times on WWE television in 2014 and 2015 as one of Adam Rose’s Rosebuds and worked a match against Asuka last year on NXT.

Pretty much the only thing left for her to do was actually sign a contract with WWE. And that’s exactly what she’s done.

According to Pro Wrestling Sheet, Trinidad will join a group of recognizable names believed to have signed recently with WWE, including former TNA star Gunner, female wrestlers Evie and Nixon Newell, and European grapplers Fabian Aichner and Axel Dieter Jr.

Trinidad sat ringside during an Andrade “Cien” Almas match at an NXT taping in April, but when it aired on the WWE Network she wasn’t shown on camera.

Trinidad will begin training at the WWE Performance Center soon.