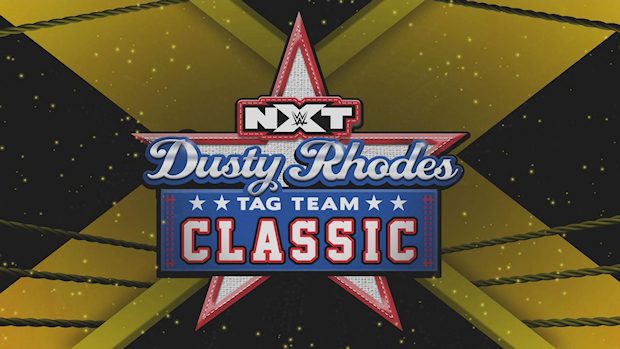 Following the tournament officially being announced on television, WWE has revealed the bracket for the Dusty Rhodes Tag Team Classic.

The left side of the bracket has The Street Profits vs. Heavy Machinery, and SAnitY vs. Tino Sabbatelli and Riddick Moss in the first round, while the right side has TM61 vs. The Authors of Pain, and Oney Lorcan and Danny Burch vs. Tyler Bate and Trent Seven.

The Street Profits vs. Heavy Machinery, SAnitY vs. Sabbatelli AND Moss, and TM61 vs. The Authors of Pain were filmed at NXT’s television tapings in Atlanta earlier this month. The tournament will begin airing on TV in two weeks, and it will continue at NXT’s TV tapings at Full Sail University on Mar. 7.

Lorcan will be returning to action in the tournament after being out since late November. Dave Meltzer reported a few weeks ago in the Wrestling Observer Newsletter his absence was due to some injuries, but that they were said to not be too serious.

Though they didn’t end up being included, Wesley Blake and Steve Cutler, who are going by the name “The Forgotten Sons,” did a promo at the last tapings indicating that they would be one of the teams in the tournament.

The winner of the Dusty Rhodes Tag Team Classic will challenge Bobby Fish and Kyle O’Reilly for the NXT Tag Team Championship at TakeOver: New Orleans on Apr. 7.