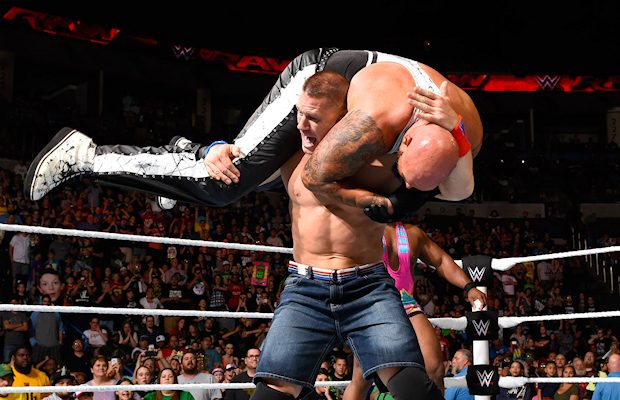 – The LA Times reports that WWE and Boom! Studios are partnering to produce new graphic novels and comic books No word yet on when they will begin releasing.

“Here at Boom! we’re thrilled to be a part of WWE’s return to the comic book medium,” said Boom! Studios Editor-in-Chief Matt Gagnon. “The WWE Universe is a passionate fanbase, and we aim to provide them with the comic series they’ve always wanted — a series featuring their favorite Superstars and storylines, a series that highlights the incredible history of the brand. An authentic series that matters.”

“Boom! is one of the fastest-growing comic book publishers in the industry and their vision for the WWE brand showed us exactly why,” said Casey Collins, WWE’s executive vice president of consumer products. “We were blown away by the level of detail and creativity and are confident the WWE Universe and comic book fans will agree.”

– John Cena briefly spoke with GQ Magazine to promote his ESPY Awards hosting gig at this link. Cena joked about wanting to wrestle a bear during the interview but later seemed focused on making the Cena vs. Bear match happen:

“No matter what, I will wrestle that bear. It’s just really forward in my mind right now. I think it’s the right thing to do. If it doesn’t happen at the ESPYs, it’s going to happen somewhere.”