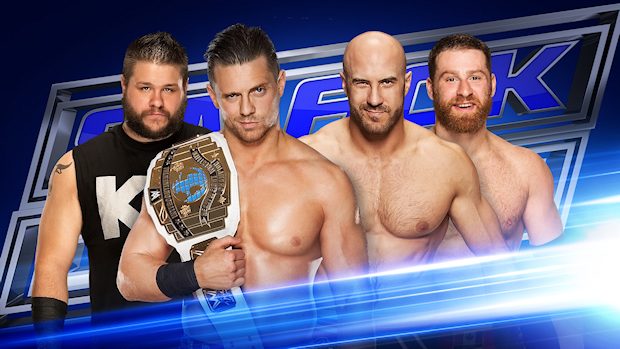 – Thursday’s WWE SmackDown ranked #3 among series & specials for the night in Nielsen’s Twitter TV ratings, behind Grey’s Anatomy and Scandal. As noted, Nielsen recently confirmed to us that they have changed the way Twitter ratings are being released as Unique Audience will no longer be included. The weekly lists will now include and be ranked by tweet volume. SmackDown had 34,000 tweets with 10,000 unique authors. This down from the April 28th episode, which had 47,000 tweets with 15,000 unique authors.

– We reported earlier this year that ECW Original Rhyno had filed to run as a State Representative for his district in Dearborn, Michigan this week. He tweeted the following this week as he campaigns for the position:

Knocked on 250 doors. Over 100 mailers/cards ready to be mailed out. Your donation $ hard at work. #VOTEFORRHINO pic.twitter.com/x1a9tmVk3C