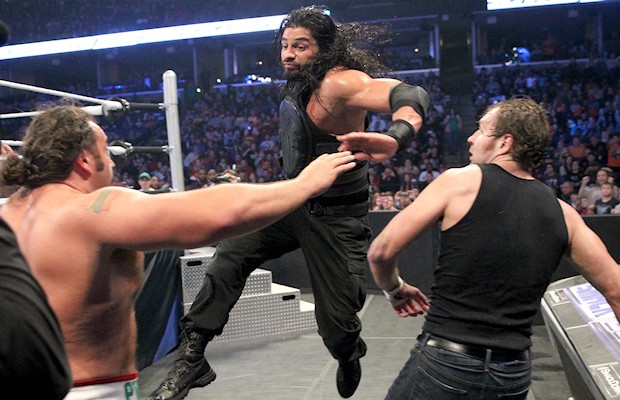 – Below are WWE Total Divas preview clips with Alicia Fox learning her boyfriend lied about his age, and Nikki Bella and Brie Bella before Nikki’s speaking engagement:

– Last night’s WWE SmackDown drew 2.664 million viewers, according to Showbuzz Daily. This is down from last week’s 2.720 million viewers. SmackDown was #1 for the night in the 18-49 demographic and #3 in viewership, behind the Democratic Presidential debate and The O’Reilly Factor.