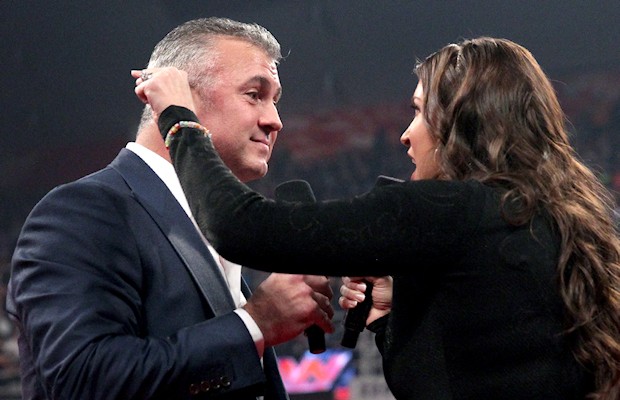 – WWE is teasing possible RAW appearances by Shane McMahon or The Authority for tonight’s show in London but it should be noted that none of the McMahons are advertised by the WWE website or the O2 Arena website – Shane, Vince McMahon, Stephanie McMahon or Triple H.

We know Shane is headed to London for Tuesday’s SmackDown tapings and Triple H is headed to the UK as well, so an appearance on RAW is always possible. WWE posted this teaser:

For two weeks, Shane McMahon has assumed control of Raw, and for two weeks, the show has been astounding, bringing us new Superstars, unexpected returns and even a No. 1 Contenders’ Tag Team Tournament sponsored, naturally, by Booty-O’s.

We haven’t seen The Authority on Monday night’s hottest show since WrestleMania, and Triple H and Stephanie McMahon surely have some strong opinions about Shane-O-Mac’s job performance. Will we see WWE’s Prodigal Son reign once more, or might The Authority put a stop to Shane’s tenure as Raw showrunner?