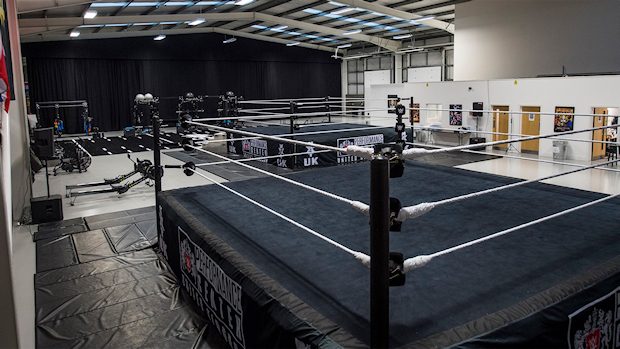 WWE has officially opened a Performance Center in the United Kingdom.

More than 30 wrestlers signed to NXT UK will train at the UK Performance Center.

The announcement comes in advance of NXT UK’s first-ever TakeOver special being held at the Empress Ballroom in Blackpool, England on Saturday. The special will air live on the WWE Network, with the card starting at 2 p.m. Eastern time. There will also be a 30-minute pre-show on the Network at 1:30 p.m. ET.