Zack Ryder on Being WWE Champion, Having Cancer In High School, Being Destined for WWE, More (Video) 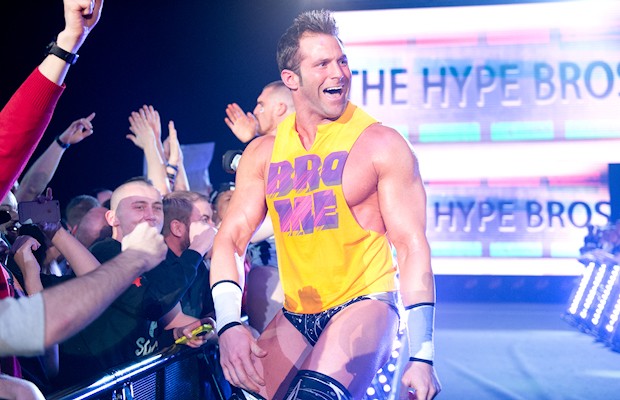 – As seen above, this week’s sitdown interview with Michael Cole features Zack Ryder for the first time. Below are highlights:

* Ryder says when he pushed The Miz off the ladder he was in a different state because that was it. Ryder says he was just shocked and couldn’t believe he was the Intercontinental Champion. Ryder says going to the back and having guys like Scott Hall and Steve Austin congratulating him was amazing

* Cole brings up the post-WrestleMania RAW and Ryder says it was unbelievable to hear fans chant “you deserve it” to him. Ryder says he’s experienced the best of the high’s and low’s, so it sucks to lose the title, but he knows he can get it back if he gets a shot, he’s proved that. Cole believes one of the things that has kept Ryder around WWE is the fact that fans can’t get enough of him. Cole brings up Ryder’s passion for the business and asks where it came from. Ryder remembers being obsessed and consumed with WWE his whole life. He always wanted to be a Superstar. Ryder reveals he was diagnosed with cancer in high school. He had a tumor in his foot that spread to both of his lungs, requiring surgery and chemotherapy. Ryder says he knew he had to get to WWE and that helped him beat it. Ryder says while everyone else was going off to college, he went to a local community college and found a wrestling school on Long Island. He says it didn’t take him 10 years in the indies to get here, but it took him 10 years in WWE to make it to WrestleMania and he made the most of the chance when he got it

* Cole asks what’s next for Ryder and he replied, “Never say never.” Ryder says people underestimate him but he has nothing to lose and that’s what makes him dangerous. He says any shot he’s given, he will knock it out of the park. Ryder says he’s always ready and his time is now. He may have let WWE forget about him before but not now, he was destined to this. Ryder says he will become WWE World Heavyweight Champion