Did Zelina Vega and Aleister Black Get Married? | PWPIX.net 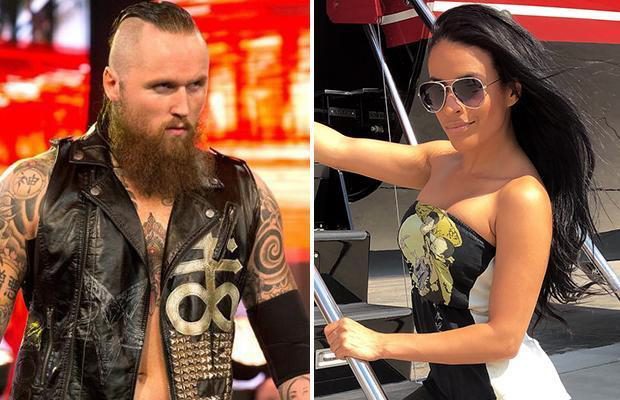 Does Zelina Vega have a boyfriend or perhaps even a husband? That’s one question on the minds of many WWE fans.

As one of WWE’s SmackDown LIVE Superstars, it can only be expected that fans would want to know about Vega — real name Thea Trinidad — outside of the ring. Google search data shows that many people are wondering if she has a boyfriend or husband and if that man is her business associate, Andrade “Cien” Almas.

Vega is involved in a relationship with a fellow WWE performer, but he’s not Almas.

A photo popped up a few months ago on social media of the two very much looking like a couple since Black is kissing Vega on her forehead.

It’s unclear exactly where this photo comes from and how old it is. Black has been in NXT since late 2016 and Vega arrived at the developmental brand in June 2017. She remained in NXT until April 2018, at which point she was promoted to the main roster alongside Almas.

Vega and Black are now rumored to be married.

According to a report by Wrestling Inc., the two recently got married. WWE talent learned of their nuptials at this week’s television events.

This report was corroborated by Pro Wrestling Sheet, with their sources confirming the info as accurate. They too say it’s unclear when or where the nuptials occurred.

Nia Jax came across Pro Wrestling Sheet’s story on Twitter and chimed in by jokingly saying that Vega and Black’s marriage must be her fault seeing as how the blame was placed on her by fans for Zelina suffering an injury at WWE Evolution.

The couple has done a great job of keeping their relationship secret. Most fans didn’t seem aware they were in a relationship until Aleister appeared on Zelina’s Instagram on Thanksgiving Day in a training video.

Vegas previously dated former WWE Superstar Austin Aries from 2012 until sometime last year, but many wrestling fans aren’t aware they broke up. In August 2018, Vega confirmed their split after a fan mistakenly said on Twitter that they’re either married or engaged.

Vega wrote, “I am going to say this once: We are NOT together and have not been together for a very long time. We were certainly NEVER married or engaged. I’ve moved on a long time ago and do not wish to be associated with him.”

I am going to say this once:
We are NOT together and have not been together for a very long time. We were certainly NEVER married or engaged. I’ve moved on a long time ago and do not wish to be associated with him. https://t.co/6iTDn4LooV

When Vega made her SmackDown LIVE debut back in May, Aries, who now wrestles for IMPACT Wrestling and various independent promotions, confirmed they’re no longer together in a congratulatory tweet.

Congrats to my ex-girlfriend @Zelina_VegaWWE on her #SmackDownLive debut. I know firsthand all the time, effort, and sacrifice that went into making this special dream a reality.

Their breakup had been rumored since July 2017 as Vega deleted photos of herself with Aries from her Instagram account around that time.

The rumor of Vega and Aries being engaged at one point stems from Vega posting a photo of a ring on Instagram in April 2016. Vega, however, then said in this tweet that Aries actually gave her a promise ring.

For those unaware as to what a promise ring is, here is the definition from Kay Jewelers:

Click here to see a few photos of Vegas and Aries in happier times.