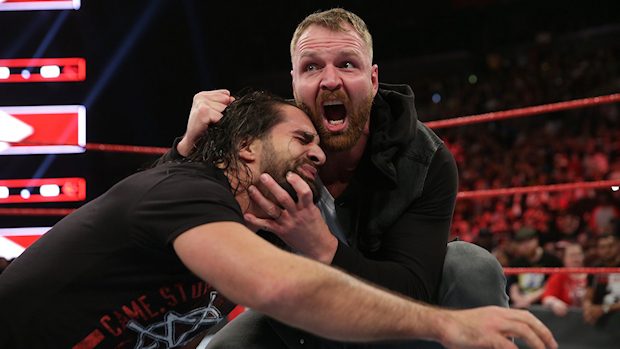 Looking ahead to Monday Night #Raw, @DashaFuentesWWE announces that @TheDeanAmbrose will be appearing tomorrow night! pic.twitter.com/eYkQ76srpv

While making his ring entrance at tonight’s show, Ambrose gets annoyed at a cameraman filming him and says he has “some truth to drop in Houston.”

#DeanAmbrose is coming to #Raw tomorrow night in Houston…don’t try to ask him about it beforehand! #WWEBossierCity

Ambrose’s appearance comes one week after he received a series of vaccinations to protect him from the “diseases” of the WWE Universe.

– It’s frighteningly easy to trap a rival with a cruel plan and the right bait. Here are 10 of the most sinister traps that snagged an unfortunate WWE Superstar.

– At WWE TLC: Tables, Ladders & Chairs 2016, The Miz defended the Intercontinental Championship against Dolph Ziggler in a Ladder Match. Here is the match in its entirety.