Abyss on Working with Crazzy Steve In The Decay, Never Going to WWE, TNA Impact Wrestling on POP TV 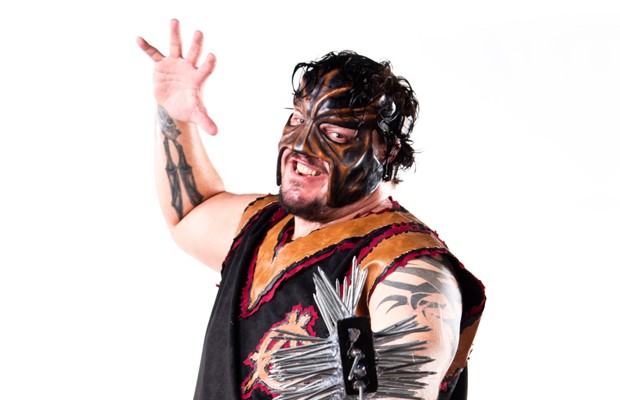 – Scott Fishman of Channel Guide Magazine recently spoke with Abyss to promote TNA Impact Wrestling. The full interview is at this link. Below are highlights:

Working with Crazzy Steve in The Decay:

“I’ve been around the last 14 years, so it’s hard to sit back and say I’m doing something fresh. This is kind of new and different. It’s outside-the-box a bit. I have to credit Billy Corgan a lot for it. Billy has been the one who kind of came up with the concept for the group. Billy was the one who secured the rights from Marilyn Manson for the group’s entrance music. That has been huge. Just the reaction of Marilyn Manson lending his sound to the group, it has given us instant credibility. Crazzy Steve I’ve known for several years. He is such a young untapped talent. He has a lot of passion. The same can be said for Rosemary — Courtney Rush — who I didn’t really know before coming to TNA. Seeing her work ethic and how positive an influence she has been on our group. I think we are all going to do some pretty neat stuff together. I think there are some good plans for it.”

“I thought we did a lot of great things for Destination America, and I think they did good things for us as well. But I’m really excited for the Pop TV deal because there is an opportunity to reach more viewers. They are really excited about this whole thing. They’ve done a lot already. They are associated with great networks like CBS and with Lions Gate, and they are slowly becoming a great network as well in their own right. I think we are doing a great job with it so far. It’s been a fun adventure.”