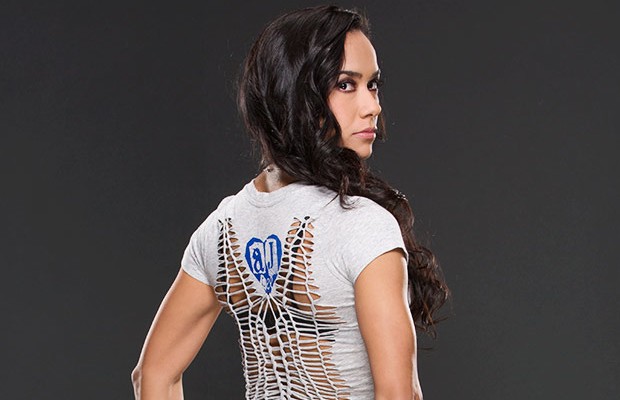 – WWE posted this video with Bayley and a fan named Zoey recreating her entrance at a recent WWE NXT live event:

– Roman Reigns is scheduled to return to action at Saturday’s WWE live event in Wildwood, NJ, just one night before facing Seth Rollins and WWE Champion Dean Ambrose in the main event of Battleground. For those still wondering, Reigns will not be on tonight’s RAW or tomorrow’s WWE Draft special as he is still serving a WWE Wellness suspension.

– As noted, AJ Lee’s “Crazy Is My Superpower: How I Triumphed By Breaking Bones, Breaking Hearts, and Breaking the Rules” book will come out on April 4th, 2017. Below are photos from her cover shoot last week:

Guess what I did yesterday. First hint, not your mom. pic.twitter.com/fMar4tfbSQ