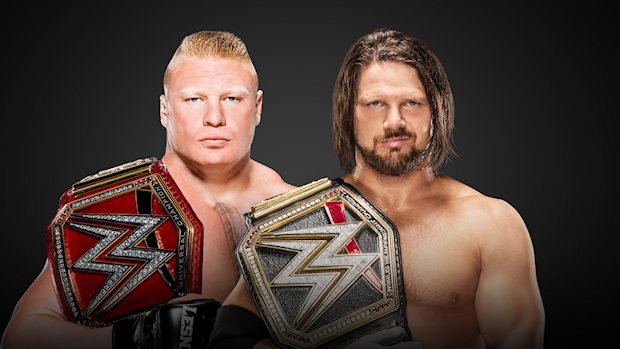 – Below is video of WWE Champion AJ Styles talking about his Survivor Series match against WWE Universal Champion Brock Lesnar this Sunday. AJ says the European tour was phenomenal because he is once again WWE Champion and will now get the chance to face Lesnar. AJ knows people say he can’t beat The Beast but he remembers the story of David & Goliath as inspiration going into the match.

– Charlotte Flair will be doing a live Facebook Q&A at the official WWE page on Tuesday at 3pm.

– We’ve noted how James Ellsworth received beatdowns from the female SmackDown Superstars, including Carmella, at the last live events on the WWE European tour this past week. Below is video from Florence, Italy with the blue brand women’s division channeling their inner Shield during the attack: