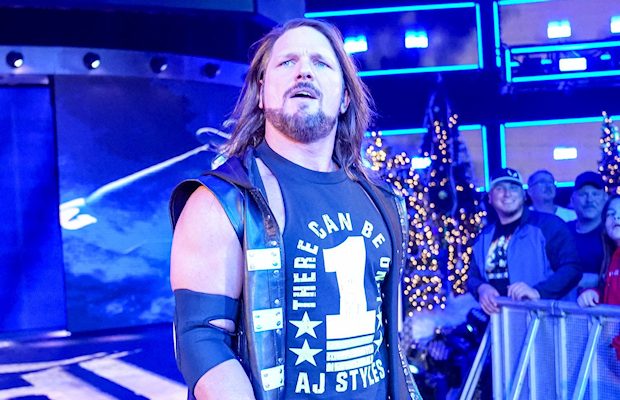 AJ Styles denied a report last night claiming that he came to terms with WWE on a new contract.

Thomas Fenton reported on Wrestling News World, “At this time, the details of the contract are unknown, however, we can report this contract will keep Styles with the company for the foreseeable future.

“I am also being told that Styles has set himself and his family up financially for the rest of his life with options outside of the ring. WWE wanted this deal done and looks like they got it.”

Styles responded to the report on Twitter, writing, “What was that? Are you sure? Please let me know the more because I know nothing about this.”

Fenton stands by his story.

Dave Meltzer reported in the latest issue of the Wrestling Observer Newsletter that Styles’ WWE contract expires in April, but is expected to re-sign.

“A.J. Styles contract expires in April. He couldn’t be asking for a better time for this to happen. Even though he has friends in AEW he appears to be staying with WWE,” Meltzer wrote.