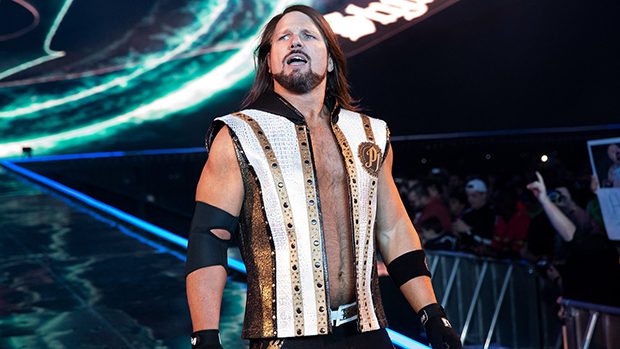 AJ Styles won’t be wrestling tonight on Raw since he is out of action with an injury.

There’s no word yet on the injury, but Styles has not wrestled since losing to Universal Champion Seth Rollins on May 19 at WWE Money in the Bank. Styles appeared on Raw last week in a backstage segment where Baron Corbin slapped him. Styles, however, did not fight back.

WWE.com announced this afternoon that Styles would compete in a Fatal 4-Way Elimination Match tonight on Raw against Bobby Lashley, Braun Strowman, and The Miz, with the winner challenging Rollins for the Universal Championship at WWE Super ShowDown on Friday, June 7. Baron Corbin is replacing Styles in the contest.