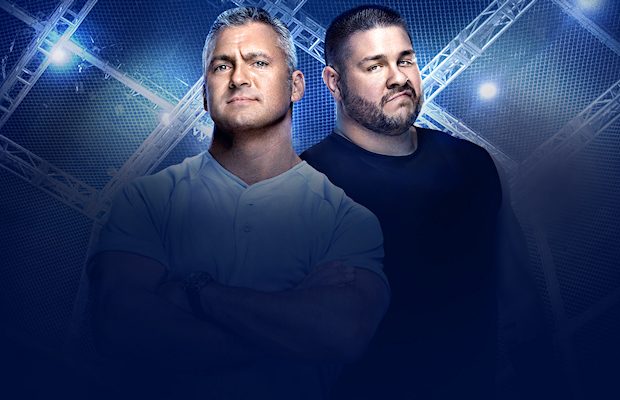 – Below is video of AJ Styles talking to Renee Young and Peter Rosenberg on Talking Smack last night after WWE Hell In a Cell. Regarding Sami Zayn helping Kevin Owens defeat Shane McMahon in the main event, AJ says Shane really got beat by Sami, not Owens. AJ hopes Shane recovers quickly so he can come back and beat the crap out of Sami.

– Below is video of new SmackDown Tag Team Champions The Usos talking to Renee and Rosenberg on Talking Smack last night after their big win over The New Day inside Hell In a Cell. They comment on how they’ve been in WWE for a long time but now all of a sudden people are saying they can go. The Usos don’t need to hear the talk because they know they can go hard, it’s nothing new to them.

What are @WWEUsos‘ thoughts on recently receiving such glowing praise for their role in the #SDLive Tag Team Division? #TalkingSmack pic.twitter.com/895evQOxFl