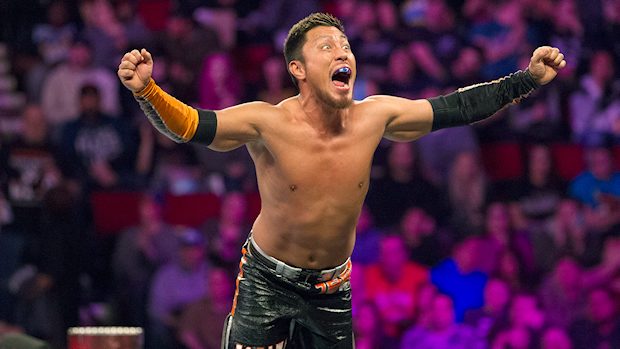 – Below is another preview clip for tonight’s Total Bellas episode with Daniel Bryan reading surprising DNA results about The Bella Twins’ family roots:

– WWE posted the following update on Akira Tozawa after he was brutally attacked by Drew Gulak on this week’s WWE 205 Live episode:

WWE.com has learned from Dr. Stephen Daquino that Akira Tozawa has suffered a laryngeal contusion and swollen vocal chords following an attack by Drew Gulak on WWE 205 Live.

– Sami Zayn tweeted the following on turning heel after this week’s WWE SmackDown went off the air. Also below is SmackDown video of Sami talking about why he re-joined Kevin Owens and helped him defeat SmackDown Commissioner Shane McMahon at WWE Hell In a Cell:

When life is hard, you have to change.