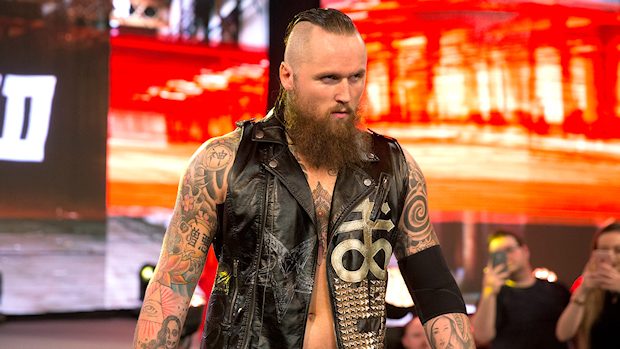 Aleister Black is out of action after suffering an injury to his groin on July 28 at a WWE NXT live event in Las Vegas, Nevada. The injury required surgery, which he underwent two days later.

The injury occurred during a match against NXT Champion Tommaso Ciampa, who struck him in the groin. Ciampa beat Black to retain the title in the main event of the show.

There are rumors that Black tore his groin, but Dave Meltzer, who broke the story, wrote Sunday on the F4WOnline.com message board that those reports aren’t accurate. He added that “it’s more serious than that.”

Tonight’s episode of NXT features an angle setting up a Triple Threat Match with the NXT Championship on the line between Ciampa, Black, and Gargano for NXT TakeOver: Brooklyn 4 on August 18 at the Barclays Center in Brooklyn, New York. According to a report this afternoon by Mike Johnson of PWInsider.com, this match will likely not take place.

Johnson was told today that Black is not expected to be cleared for the main event after undergoing surgery.

“Currently, Black is not even expected to be at the TakeOver event,” Johnson adds. “With two weeks to go, we’ll update if there are any changes but it appears Gargano vs. Ciampa for the NXT Championship will headline the event.”

There’s no word yet on how long Black will be out of action and exactly how serious his injury is. Black has not tweeted about the injury but he did post a tweet concerning last week’s episode of NXT, where he wiped out Gargano with the Black Mass after Gargano ejected Ciampa from the ring.