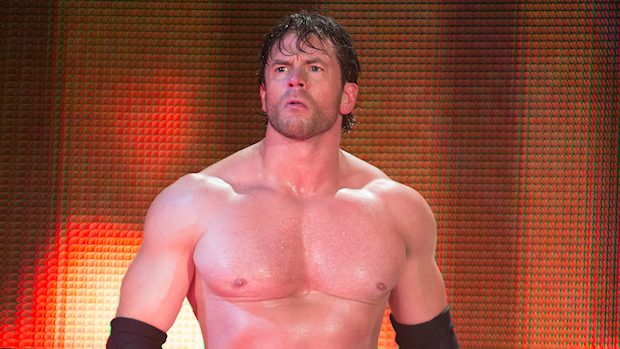 The former WWE Superstar took to Instagram last Friday to call out the 16-time world champion.

In the post below, Riley wrote, “EYE AM NOT COMING BACK @johncena EYE AM COMING FOR EVERYTHING YOU HAVE AND HOLD DEAR 2 U SEE ME NOW!!!! #RicFlairdR.I.P. #Revelation 6:9”

EYE AM NOT COMING BACK @johncena EYE AM COMING FOR EVERYTHING YOU HAVE AND HOLD DEAR 2 U SEE ME NOW!!!! #RicFlairdR.I.P. #Revelation 6:9 @krisjamesedwardkiley

Riley followed up on this with three more bizarre posts targeted at Cena, which also mention Nikki Bella and Stephanie McMahon.

The video below (posted on Sunday) mocks Cena’s “Hustle, Loyalty, Respect” hand gesture as Riley does it himself before giving the middle finger to the camera.

The post below (posted on Monday) tags Stephanie McMahon and Cena. He wrote, “IF YOU’RE READING THIS ITS TOO LATE @stephaniemcmahon I pulled back the curtain by myself take a look you will SEE #DNADRIP @krisjamesedwardkiley #BLOODiRON #GODiT @johncena WEIGHT is MATTER #DIPSHIT ;).”

A post he did on Tuesday mentions Cena and Nikki Bella. He wrote, “BLOOD Red Red WINE @thenikkibella STAY CLOSE TOO ME you’re not the ONLY ONE @johncena ALL I can do is YET TO COME @ub40 #HustleLoyaltyRespect MY #DNA StanchioN @neuronicaudio @krisjamesedwardkiley #GOD.”

While it’s unclear what these posts are all about, Riley has said in the past that Cena impacted his career.

In 2011, Riley managed to get himself over as The Miz’s protege and appeared poised to be a top-level star in WWE. But his push fell apart by the end of the year and he was relegated down the card. His career never recovered and he was released in May 2016.

During an appearance on Jim Ross’ podcast in January 2017, Riley said an incident with Cena affected his career.

“I’ll put it this way, there was an incident and it certainly changed the path of my career,” Riley said.

“I don’t want to discuss it right now, but I will one day for sure. I will one day. It was a tough situation at times, I guess we can leave it at that. Honestly, J.R., I struggle with the morality of even talking about it and I’m not into blowing up anybody else at this point, but I promise you this, I will address it one day for sure. You don’t want to know. It was a tough situation.”

Riley reiterated the claim during a podcast interview in July 2017.

“I guess I’m not saying anything that other people haven’t already kind of said. It is kind of out there but I’ll say this. There was an incident and it certainly affected the path of my career, however, I am not going to talk about it right now and I’ve kind of gone back and forth in my own times morally with do I say anything or do I not. I am not in the habit of destroying anybody’s career so it is just something at this point that I don’t want to address further than that but one day I certainly will. It was a hard situation to deal with,” Riley said on The Two Man Power Trip of Wrestling.

Never one to pass on an opportunity to bury WWE and Cena, former WWE Superstar Ryback supported Riley’s claim that Cena had a negative effect on his career.

“John would sit back there and bury Riley in front of everybody for no reason and Alex Riley is f****** money and he was money from day one,” Ryback said on his podcast in January 2017.

Since leaving WWE, Riley has focused on acting. He appeared on an episode of Netflix’s GLOW series as a wrestler named Steel Horse. Riley beat out The Miz and Chris Jericho for the role.