Alexa Bliss Gives An Update On Her Wrestling Status - PWPIX.net

Alexa Bliss Gives An Update On Her Wrestling Status 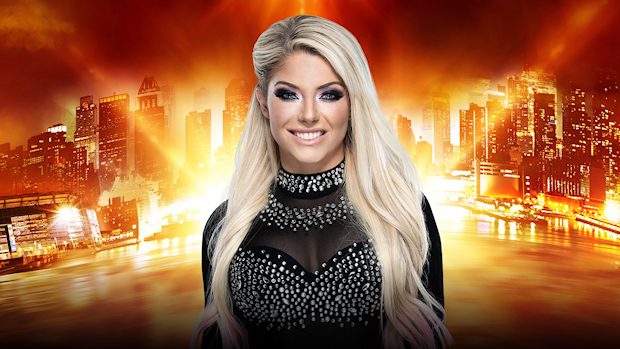 After roughly four months off due to injuries, including what sounded like pretty scary post-concussion symptoms, Bliss returned to action in January at the Royal Rumble. She wrestled one more televised match the following night on Raw and has worked a handful of matches with Natalya at live events since then.

In an interview with the Ashbury Park Press, Bliss addressed her status and transitioning to her non-wrestling role.

“It’s a little bit of a change, but it’s pretty much the same kind of thing,” Bliss said of her adjusting on-air role. “We tell stories in the ring, out of the ring, and I’m able to do both now, which is nice. And it’s just more opportunity to be able to hone my craft and get better at what I do.”

With “A Moment of Bliss,” her character crosses paths with competitors across WWE’s roster, including Raw Women’s Champion Ronda Rousey, frenemy Nia Jax, and Finn Balor.

“A lot of times, in the stories that we tell a lot of people don’t have the opportunity to speak their character, they just have to portray it in the ring,” Bliss said. “So being able to advance the storylines with talk show (segments) for other characters, plus add another dimension to my character, is a great opportunity.

But don’t count Bliss out of regular in-ring competition in the future.