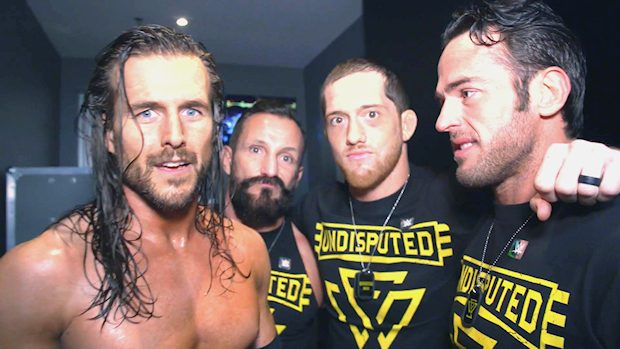 — The Undisputed ERA stable could be set for a surprising new addition, according to Dave Meltzer in this week’s Wrestling Observer Newsletter.

WWE may look to add Marina Shafir (who is married to Roderick Strong) to the stable should Shayna Baszler be brought onto the main roster, which is already an overdue call-up.

This would leave Marina and fellow Horsewoman Jessamyn Duke without a leader. In moving Shafir to Undisputed, Duke could then be pushed as a singles wrestler in NXT.

Meltzer notes that Shafir would “add sizzle” to Undisputed, though he acknowledges that the quartet should really be part of WWE’s next batch of NXT call-ups, rendering this move impossible — at least in developmental.

— In the video below, Becky Lynch unveils her first-ever Funko WWE POP! figure.

The figure is currently the No. 1 best seller in Amazon’s Toys & Games section.