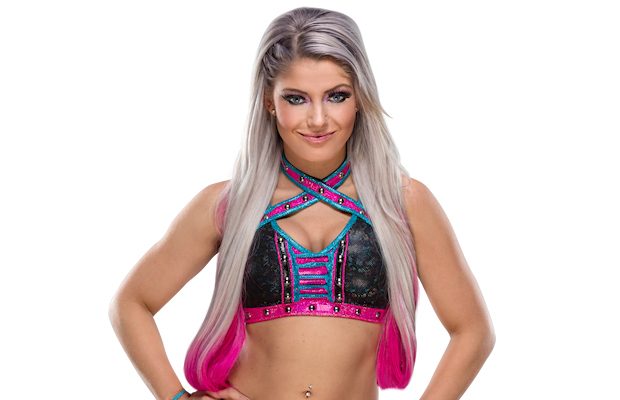 Mike Rome is still trying to score a date with Alexa Bliss after he misheard “The Goddess” promoting her appearance on Table for 3 on the WWE Network last month.

While hyping next Saturday’s WWE live event in Shanghai, China, Bliss said she’ll also be visiting Disneyland there. Rome suddenly emerged and said he’s also a big fan of Disneyland and has plans to go to the one in Shangai as well. Alexa then asks Rome if he has everything booked and he pulls out his phone. He then shows her his reservations for Disneyland and she runs off with his phone.

Here are rest of the videos from this saga, beginning with the first.

Sure enough, Rome handled a backstage interview a week later as Bliss talked about overcoming Ronda Rousey’s attack and more to retain her Raw Women’s Championship against Nia Jax at WWE Extreme Rules.

The following night at Raw, Rome apologized to Bliss for the dinner mix-up and asked “The Goddess” for forgiveness. Rome then asked Bliss out on a date again, and again, he got rejected.

Rome then gets Alexa’s attention by throwing stuff at her. After asking her out to dinner again, Bliss responds by shoving his face onto a plate of blueberry cheesecake. But since cheesecake is his favorite dessert, Rome takes this to mean they’re in a relationship now. He then changes his Facebook status to “in one” and runs off to text his mother.

Rome then tried to ask Alexa out to dinner again, but she left him waiting for an answer.