Home / Wrestling News / WWE News / Alexa Bliss On Evolving Her Character, Who She Wants To Face From NXT, Standing Out At WrestleMania 34

Alexa Bliss On Evolving Her Character, Who She Wants To Face From NXT, Standing Out At WrestleMania 34 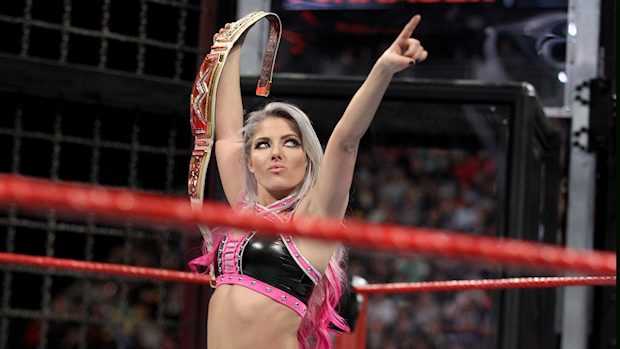 In an interview with Sportsnet.ca, Raw Women’s Champion Alexa Bliss talked about evolving her character, who she wants to take on from NXT, her upcoming match against Nia Jax at WrestleMania 34, and more. Here are some of the highlights:

“I feel like you have to constantly evolve because if you’re not changing, the audience gets bored. Everyone has a really short attention span nowadays with social media, our phones. Even me, I can’t go without touching my phone every five minutes. My mentally for my character is you have to be first, better, or different. I know that I’m not the best at everything, in fact I’m not the best at a lot of things, so I’m going to be different or I’m going to be the first one to do it. You have to constantly change and evolve because people get bored. Look at The Undertaker, he’s evolved so many times. Stone Cold (Steve Austin), even though he’s seems like same person, he’s evolved so much attitude-wise, the way he would cut his promos. Everyone evolves. Triple H, John Cena … it’s [constantly evolving]. You have to change. You have to evolve yourself to make yourself interesting and to make yourself stay interesting.”

Standing out at WrestleMania in her match with Nia Jax:

Who she wants to face from NXT:

“[NXT Women’s Champion] Ember Moon. I’m a big fan of Ember. I spent some time with her in NXT. She’s a great person and I really respect her story. She had [multiple] WWE tryouts before she actually got signed. She’s really great to work with and I would to have a match with her.”

Bliss also talked about winning championships and ring psychology. You can check out the full interview here.

Related ItemsAlexa Bliss NewsEmber Moon NewsNia Jax NewsWrestleMania News
← Previous Story What Will Lilian Garcia Do At WrestleMania 34?
Next Story → Backstage News On What Daniel Bryan Agreed To In Order To Get Cleared By WWE