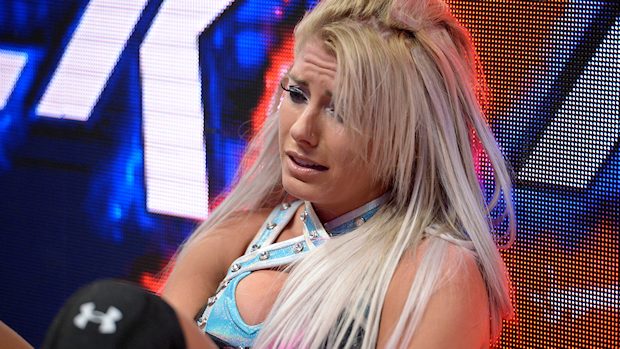 During an interview on Dana Warrior’s Total Warriors podcast, Alexa Bliss opened up on being bullied when she was in high school.

“I was bullied so bad growing up that I actually moved schools my sophomore year. My parents actually had to take me out of my current school and move to a whole other city because I was just picked on, or bullied, or just picked apart with comments that were made because that’s just what people do,” Bliss said.

Bliss lamented the life-altering effects of bullying, which she claims contributed to her eating disorder. She added that bullying does not need to dictate the entirety of your life.

Bliss also opened up on her controversial body shaming storyline with Nia Jax in the weeks leading up to WrestleMania 34.

“People don’t even realize the effects of what bullying does. I know people do it to make themselves feel better. I’ve always been real passionate with anti-bullying and that’s why I did the storyline with Nia Jax on body shaming,” Bliss said.

“I was very uncomfortable, at first, doing that; but, then Nia and I had a long talk because we’re both really big on body positivity and we were saying that if we want that message to truly come out, we have to make it real because it’s a real issue that’s going on. Bullying and shaming people for what they look like and how they act is just terrible. We had to make that real.

“I’m very thankful that we were given that platform even at WrestleMania to tell that true life story and show that the good guys will prevail and I think that was probably one of the biggest storylines that we got the most interactions with, whether it was on social media – obviously, I got the bad end of it because I was doing the bullying and everything like that; but, we had to make it real and it is a real issue and a real problem with children and adults.

“In every aspect of life, there’s always someone that’s going to be that person, so it was really refreshing to bring a real-life situation into the storyline and give it real purpose and meaning and show that the bully doesn’t win.”

“It still happens. I feel like it happens with children and adults with social media being so accessible to everyone with everyone’s opinions and it’s terrible,” Bliss said.

“I just really hope that one day we can live in a world where people don’t treat people like that to make themselves feel better, that people empower each other.”

Bliss also has some advice to those who are being bullied.

“You can’t let someone else determine your self-worth. You can’t give somebody else that power,” Bliss said.