Alexa Bliss Plans On Returning To The Ring Soon - PWPIX.net

Alexa Bliss Plans On Returning To The Ring Soon 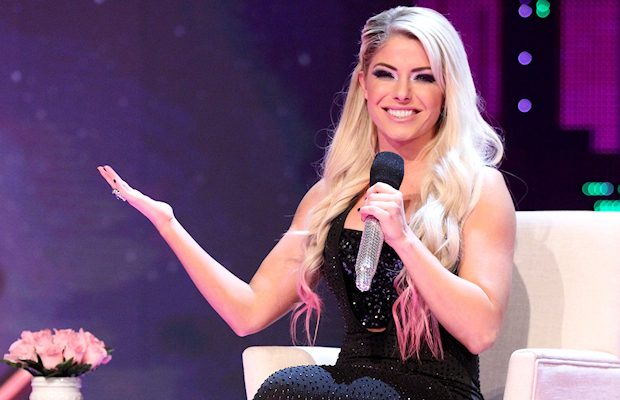 Alexa Bliss spent most of 2017 and 2018 receiving a major push, but things unfortunately, came to a halt. Due to multiple concussions in such a short amount of time, Bliss was pulled from in-ring competition in October.

Bliss was given the role as the head of the Raw women’s division, but the storyline was dropped when the McMahon family took over both Raw and SmackDown LIVE last month. As a way to keep her on television, Raw last Monday featured the debut of her talk show, “A Moment of Bliss,” with Raw Women’s Champion Ronda Rousey.

While Bliss resumed training at the WWE Performance Center in late November, her in-ring return has not been confirmed.

On Friday, Bliss addressed her health during a Q&A session with Lilian Garcia at ACE Comic Con Arizona in Glendale, Arizona (h/t Wrestling Inc.). Garcia asked Bliss to clarify what led to her being sidelined.

“It was one that happened, and then I went back too soon and aggravated it,” Bliss responded.

Bliss was asked about a possible timeline for her return to the ring and said it will be “soon.”

“Well, I plan on coming back pretty soon,” Bliss said.

“WWE is very careful with us when it comes to concussions and any injury. We have the best taking care of us and you have to go through concussion protocol. Everybody is being cautious, it’s the brain, you only get one, can’t trade it out for another.”

“So, I’ve been doing well, training at the [WWE] Performance Center. I’ve been training in the ring there. There’s hope for me getting back in the ring relatively soon. It just depends on — it’s a brain, you can’t really tell it to heal, my MRIs and everything looks good. Neurologists say I look good and as long as I don’t have symptoms — that’s the thing, if you feel good, know you’re good, and go in the ring, but feel a symptom ( or memory loss), you have to start all the way from square one.”

You can watch the entire Q&A session here.