Alexa Bliss Reacts To Report Saying Her WWE Career Is In Jeopardy - PWPIX.net 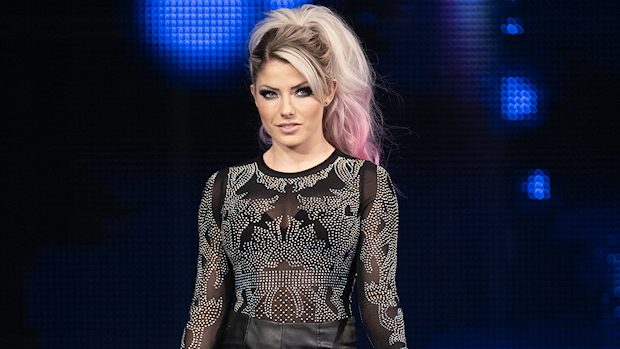 The injury bug has once again bitten Alexa Bliss.

Just a few weeks after entering herself in the Women’s Money in the Bank Ladder Match, Bliss is now out of the bout because she is not medically cleared to compete this Sunday.

WWE announced her removal from the match in a statement on Thursday:

“Stay with WWE.com for more on this developing story.”

Following the announcement, WWE uploaded a video where Cathy Kelley said Nikki Cross is taking Bliss’ spot in the match.

Dana Brooke, Naomi, Natalya, Bayley, Carmella, Ember Moon, and Mandy Rose are the other competitors in the Women’s Money in the Bank Ladder Match.

Shortly after the news broke, Dave Meltzer of F4WOnline reported that Bliss’ injury isn’t serious. WWE officials, however, decided to pull her from the ladder match as a precaution. In an update on the situation, Bliss’ injury does appear serious.

According to a report on Friday by Meltzer, Bliss’ injury is officially listed by WWE officials as undisclosed.

Mike Johnson of PWInsider is backing up this claim as he reported that Bliss suffered a concussion.

Bliss took to Twitter today to respond to a report by Ringside News saying her career could be in jeopardy since it’s the latest of multiple concussions she has suffered over the course of her WWE career.

“My career is just fine. Thank you for the concern though,” Bliss wrote.

Alexa Bliss’ Career Could Be In Jeopardy After Another Concussion https://t.co/MWanitjLDB

Bliss hasn’t wrestled since April 29 on Raw, where she lost a match to Naomi. The Raw house shows on WWE’s ongoing European tour were advertised as Bliss vs. Becky Lynch, but due to Bliss’ injury, got changed to Lynch vs. Lacey Evans vs. Tamina in Triple Threat Matches.

Meltzer also said that Cross defeating Raw’s other Women’s Money in the Bank Ladder Match participants on Raw last Monday was done in the event that Bliss wasn’t going to get cleared for Money in the Bank. It also gave a logical reason for Cross being added to the bout.