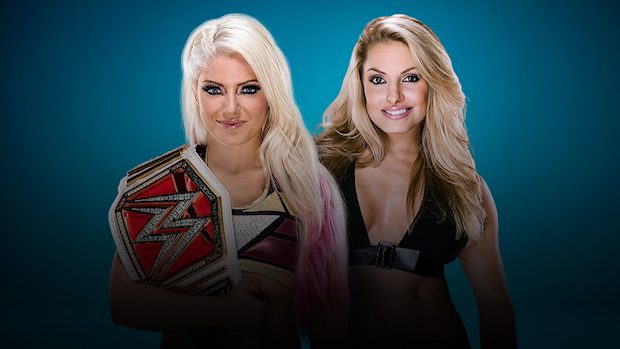 WWE confirmed the match on Saturday night with the following announcement on its official website:

Bliss is set to defend the Raw Women’s Championship against Ronda Rousey at SummerSlam tomorrow.

Stratus returned to the ring for the first time in nearly seven years during the women’s Royal Rumble match this January. Along with Lita, she was confirmed for Evolution when WWE announced the PPV last month. WWE has hyped that over 50 wrestlers from the past and present will participate in the event.

WWE has also noted that Evolution will feature Raw, SmackDown, NXT, and NXT United Kingdom Women’s Championship matches, and the Mae Young Classic finals will be held at the PPV after they were set during two nights of tapings earlier this month.

In this SummerSlam Diary video, Bliss reveals her reaction to finding out she’ll be facing Stratus at WWE Evolution.

Stratus returned to the ring for the first time in nearly seven years in January during the first-ever Women’s Royal Rumble Match. Along with fellow WWE Hall of Famer Lita, she was confirmed for Evolution when WWE announced the pay-per-view event last month. Stephanie McMahon noted in her announcement for the event on Monday Night Raw that over 50 women from the past and present will appear.