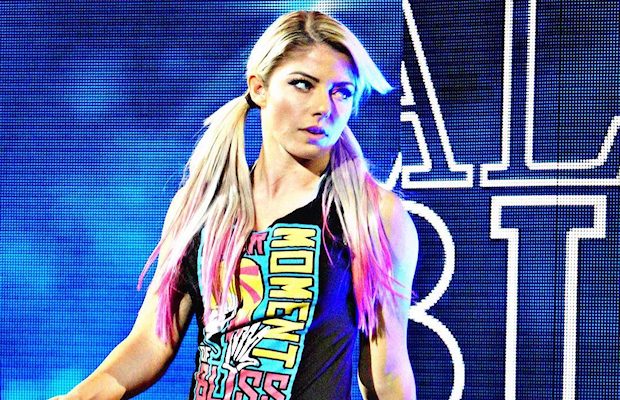 They faced off after Natalya appeared on Bliss’ talk show, “A Moment of Bliss.” Bliss took advantage of Natalya early on, but she ultimately lost after being forced to submit to the Sharpshooter.

Bliss had an interesting choice of footwear for her match as she wrestled in shoes she usually wears while traveling, Chuck Taylor ‘XX Hi’ Knee High Sneakers.

Bliss explained in WWE’s Instagram post that she wore sneakers because she forgot to bring her kick pads.

A fan wrote, “Since when does Alexa use all star converse in her matches?” Bliss responded, “Since I forgot my kickpads and had to improvise.”

Related ItemsAlexa Bliss NewsNatalya News
← Previous Story Six Potential Names For The WWE Hall of Fame Class of 2019
Next Story → Lana Rips Ronda Rousey’s Promo Skills, Says Rousey Will “Never, Ever” Be As Entertaining As Her