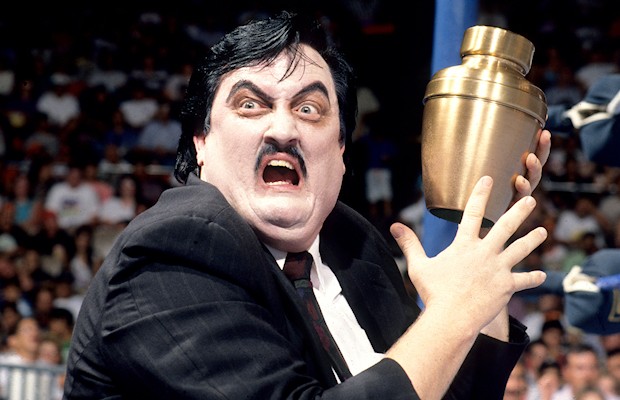 – It was on this day five years ago when legendary WWE manager Paul Bearer — real name William Moody — passed away at the age of 58 due to a heart attack.

Bearer died in Mobile, Alabama and his death certificate lists the cause of the heart attack as supraventricular tachycardia or SVT — a dangerously high heart rate.

The following year, Bearer was posthumously inducted into the WWE Hall of Fame by his two real-life sons.

– Davey Boy Smith Jr., who was known as David Hart Smith in WWE, was unable to wrestle at an indie show in Canada over the weekend after being diagnosed with pneumonia in his left lung.

@ASWCANADA I’m terribly sorry to announce to the ASW fans of Cloverdale BC but, I won’t be able to perform this weekend. I have been diagnosed with pneumonia in my left lung, and well, I’m in a bad way. 😷🤕🤒 this really hurts a lot….
I will be back at ASW in the future 👍

– WWE Hall of Famer Jake “The Snake” Roberts chats with former WWE announcer Sean Mooney on the latest edition of Prime Time with Sean Mooney. Here is the synopsis:

“This week on the show, Sean gets to have a quite candid, albeit brief, chat with WWE Hall of Famer Jake the Snake Roberts. Jake talks about growing up in a broken home, breaking into wrestling in Mid-South, Georgia, and Mid-Atlantic, how the snake gimmick came to be, and how he broke into the WWF.”