What We Know So Far About Ashley Massaro's Death | PWPIX.net

What We Know So Far About Ashley Massaro’s Death 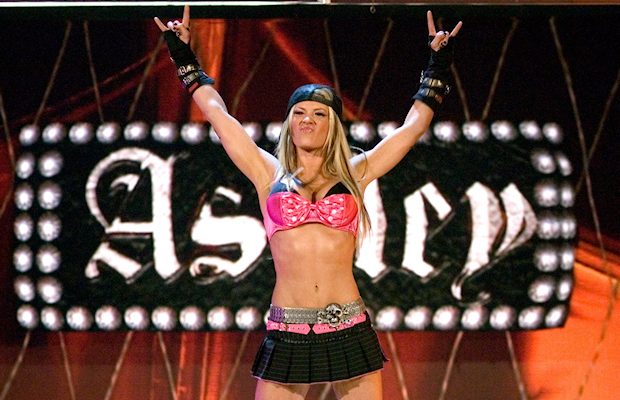 Ashley Massaro, a former WWE Superstar, died on Thursday at the age of 39 years old.

“We are saddened to learn of the tragic death of former WWE Superstar Ashley Massaro,” WWE said in a statement.

The Blast broke the news of Massaro’s death on Thursday at 7:37 p.m. after confirming it with the Suffolk County Medical Examiner in Hauppauge, New York.

Law enforcement sources told The Blast that “rescue call” came in at 5:23 a.m. on Thursday to Massaro’s home in Smithtown, New York. She was transported to a nearby hospital, where she was pronounced dead.

According to dispatch audio obtained by The Blast, officials initially responded to an unconscious female and administered CPR on the way to the hospital.

Police believe no foul play was committed and are classifying Massaro’s death as “non-criminal.” Her death is currently under investigation, but officials did not say more on Thursday.

TMZ Sports reported on Massaro’s death a few minutes later but didn’t have any new information.

Massaro had been tweeting regularly, with her last message going out Wednesday night.

Just answered a ton of fanmail so you guys should be receiving them soon! Love ya punx🤘🏼🖤 pic.twitter.com/U1B1FJEoXK

Massaro’s WWE career took off after she won the 2005 Raw Diva Search — which included a one-year contract worth $250,000. She went on to become a valet for Paul London and Brian Kendrick and they became WWE Tag Team Champions in May 2006.

Her most notable matches are a WWE Women’s Championship Match against Melina at Wrestlemania 23 in 2007 and a Playboy BunnyMania LumberJill Match the following year at Wrestlemania 24. Massaro was on the losing end of both matches.

Massaro was a contestant on CBS’s Survivor: China, which was the 15th season of the show, in 2007. In the second episode, Massaro was voted off after six days with a 6–1 vote.

Massaro also appeared on the cover of the April 2007 issue of Playboy, which she revealed on an episode of SmackDown.

WWE released Massaro from her contract in July 2008. She said at the time that she requested her release due to her daughter being sick. Massaro later joined a lawsuit against WWE in 2016, claiming that she was sexually assaulted during an overseas tour and alleged that she did not get proper care for concussions that she had suffered.

Massaro largely disappeared from the wrestling scene following her departure from WWE, although she was a regular at conventions. In recent months, however, she was interested in restarting her wrestling career. In March, she resumed training at the New York Wrestling Connection’s wrestling school.

Gonna be bumping around the ring starting next week at @NYWCWRESTLING 🤔 😜 super pumped n ready to see what I got left in these ole boots of mine! Those guy are the best super safe and make me feel so comfortable-if u live in tri state area n want to train-THIS IS WHERE ITS AT!

Massaro is survived by her daughter Alexa.