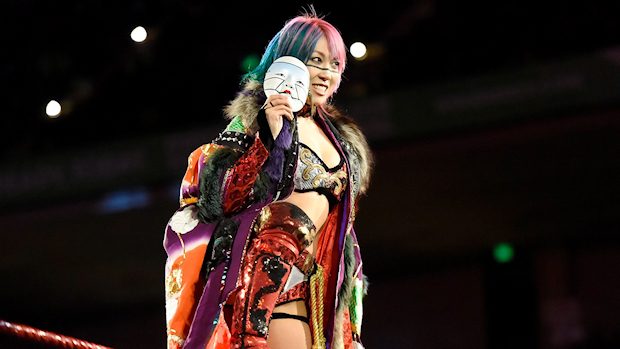 – As noted, Nia Jax returned on this week’s WWE RAW and defeated Bayley. She was also named the first official red brand pick for the women’s 5-on-5 Traditional Elimination Match at Survivor Series by RAW Team Captain Alicia Fox. In the video below, Mike Rome talks to Nia after the match and asks if she’s surprised to be the first pick. Nia runs Rome down for asking such a stupid question and then storms off.

– Tara sent word that the enhancement talent who lost to Asuka on this week’s RAW was indie wrestler Kasey Catal/Stacie Cutter. She used the name Stacie Cullen on RAW. Catal trains at the Create-A-Pro Wrestling Academy in Hicksville, NY, which is ran by Curt Hawkins and Pat Buck.

– As noted, WWE announced on Sunday that Emma, Summer Rae and Darren Young have been released from the company. Emma took to Twitter during RAW and issued the following comments on her future. You can also see her first post-release tweet below:

I feel very fortunate to have the most amazing family, friends and fans in the world! I am excited for the future. The best is yet to come!

– SmackDown General Manager Daniel Bryan made an appearance on last night’s RAW from Baltimore, making it known to RAW General Manager Kurt Angle that he did not agree with SmackDown Commissioner Shane McMahon leading the “Under Siege” attack last week. Bryan ended up doing a stretcher job after being attacked by former tag team partner Kane. You can see shots from Bryan’s segment below: