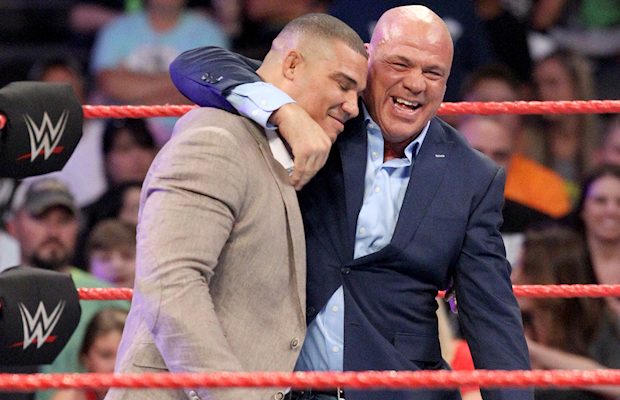 The relationship between Jason Jordan and Kurt Angle will be a major storyline on Raw over the next few months.

Sources with direct knowledge of the storyline tell Pro Wrestling Sheet that Jordan is set for a mid-card level push following the reveal on Raw this week — in which Angle announced that Jason is his son — and his relationship with Kurt will grow as the Olympic athlete tries to be a father figure for Jason.

As for American Alpha, it appears to be done for good. There aren’t any plans to bring Chad Gable over to Raw.

Here is a video of Gable reacting to the news on SmackDown LIVE.

Related ItemsChad Gable NewsJason Jordan NewsKurt Angle News
← Previous Story Alex Riley On John Cena Incident That Affected His Career, Not Being Happy Commentating In NXT
Next Story → John Cena Says His WWE Days Are Numbered, Reveals Why He Is A Free Agent On TV