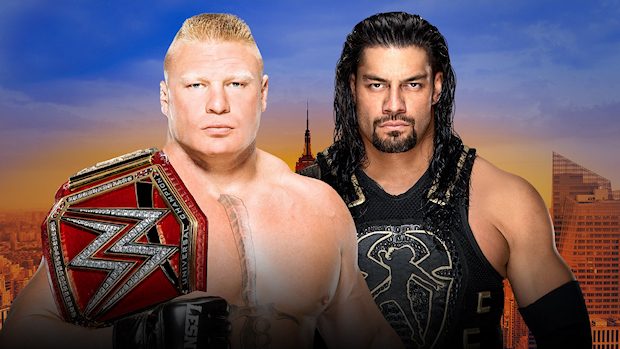 Universal Champion Brock Lesnar and Roman Reigns will write the latest chapter in their epic rivalry when they again square off with the title on the line tonight at SummerSlam.

Vince McMahon and WWE officials are once again attempting to negotiate a new contract and or contract extension with Lesnar this weekend. While this is considered a challenge for McMahon with Lesnar likely challenging Daniel Cormier for the UFC Heavyweight Championship next year, it’s also considered doable.

McMahon sees Lesnar as WWE’s biggest star (even more so than Reigns and John Cena) and he feels “The Beast Incarnate” legitimizes his company. Their contract negotiations will affect any potential outcome of Lesnar’s Universal Championship Match with Reigns.

Behind-the-scenes, McMahon is keeping the finish to Lesnar vs. Reigns to himself. He has booked different finishes for the match, including different match times and angles. He also has a scenario in place should Lesnar sign a contract extension.

Win or lose, Lesnar is scheduled to appear on Raw tomorrow night from the Barclays Center in Brooklyn, New York. The official website of the venue has him advertised as appearing.