Backstage News On Who Ronda Rousey Was Originally Scheduled To Face On Raw - PWPIX.net 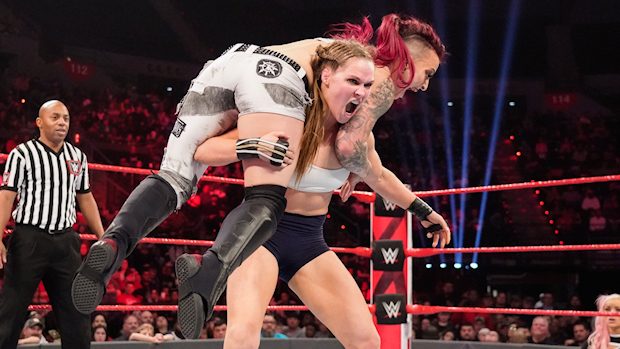 One night after being squashed by Ronda Rousey at Elimination Chamber, Ruby squared off against “The Baddest Woman on the Planet” in a rematch for the Raw Women’s Championship. The leader of The  Squad fell short again, but lasted longer and made it a fight.

Becky Lynch’s attack the night before left Rousey as bruised as it did irritated, and Ruby capitalized accordingly. The rest of The Squad also paid dividends, handing Rousey a 3-on-1 disadvantage where needed, but Ruby couldn’t close out. Rousey kicked out of not one but two Kicks, took out the Squad with a crossbody to the outside, and sealed the deal with an Alabama Slam into the turnbuckles and the Armbar for a near-instant submission.

According to Dave Meltzer on Wrestling Observer Radio, Rousey facing in the main event of Raw was a last-minute decision. Earlier in the day, the WWE creative team had planned for Rousey to face Alexa Bliss, with Rousey coming out on top in a squash match.

The script for Raw was not finalized until 30 minutes after the show had gone on the air. The creative team needed to fill more time with Rousey’s match and felt she would work better with Riott.

They’re comfortable working with each other and Rousey was glad to give some time where she could put her talent on display.