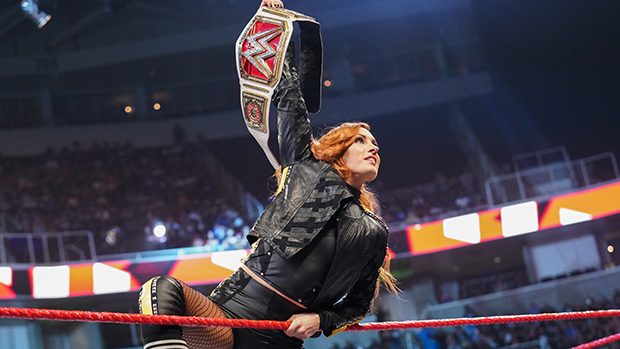 “The Queen of Harts” is on a collision course with “The Man” at SummerSlam when Natalya challenges Becky Lynch for the Raw Women’s Championship.

One night after Lynch teamed with Seth Rollins and thwarted the challenge of Lacey Evans and her partner Baron Corbin in an Extreme Rules Winners Take All Mixed Tag Team Match, a Fatal 4-Way Elimination Match took place on Raw to determine who will challenge “The Man” for the Raw Women’s Championship at SummerSlam. When the dust cleared on that hard-fought contest, Natalya outlasted Naomi, Alexa Bliss and Carmella to earn the right to try and unseat Lynch at “The Biggest Event of the Summer.”

Following the match, Lynch seemed less than impressed with her new challenger, declaring that she was the special something Natalya’s career needed. Lynch also dispelled any notion that their match was going to be some kind of contest among friends.

“The Queen of Harts” took the hint, firing back with some trash-talk of her own — “I’m gonna rip that greasy orange mop off your head” — and going nose-to-nose with the Raw Women’s Champion in a heated confrontation. Natalya concluded by saying that she’s going to “kick the living hell” out of Lynch at SummerSlam.