Backstage Rumors On The Finish To Becky Lynch vs. Ronda Rousey At Survivor Series - PWPIX.net

Backstage Rumors On The Finish To Becky Lynch vs. Ronda Rousey At Survivor Series 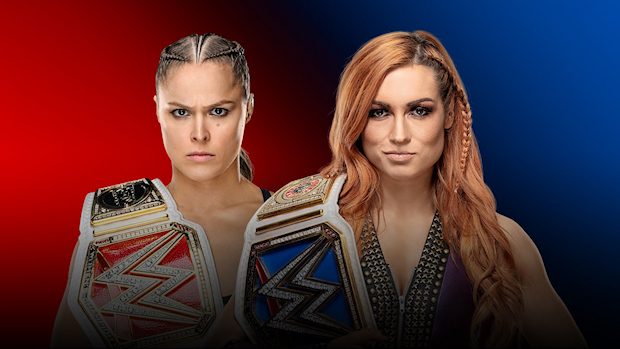 This Sunday at Survivor Series, Raw Women’s Champion Ronda Rousey battles SmackDown Women’s Champion Becky Lynch in a Champion vs. Champion Match. According to a report by Rajah.com, one of the proposed ideas for the match is for Lynch to beat Rousey due to interference from the newly formed tandem of Nia Jax and Tamina.

This rumor was posted late Sunday night. WWE seemed to foreshadow this angle on Raw last night as Jax and Tamina confronted Rousey after she was done ripping Lynch during a backstage interview with Charly Caruso. They wished Rousey good luck at Survivor Series before walking off.

There was a rumor going around backstage at Raw about the finish of the match. According to WrestlingNews.co, some WWE officials are pushing for Lynch to win. Vince McMahon, however, feels that Rousey can’t lose clean because there are big plans for her at WrestleMania 35.

The report also notes that there was talk backstage of Lynch beating Rousey due to interference from Jax and Tamina. This WWE gives a way out of not hurting either Rousey or Lynch.

Speculation is also out there from Wrestling Observer Newsletter editor Dave Meltzer that Charlotte Flair may help Becky win to set the stage for the long-proposed Horsewomen feud.

That's the finish I suggested on Sunday';s main event. https://t.co/qunWVkhFX9