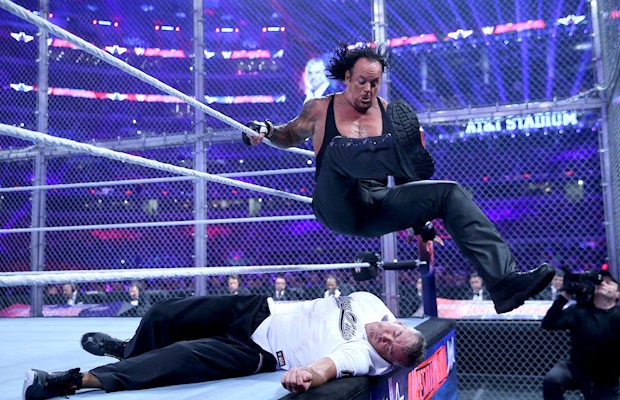 – There was a lot of backstage speculation at WrestleMania 32 about how that may have been the last WrestleMania appearance for The Undertaker, despite the Hell In a Cell win over Shane McMahon, according to PWInsider.

Taker had a lot of friends and family in Dallas for the match and there was speculation backstage that Taker taking off his gloves had some kind of symbolic meaning.

It seems like Taker would overcome last night’s stipulation to wrestle at least one more match at WrestleMania 33 and it should be noted that this was just backstage speculation.