Backstage Update On The Rock vs. Triple H At WrestleMania 32 - PWPIX.net

Backstage Update On The Rock vs. Triple H At WrestleMania 32 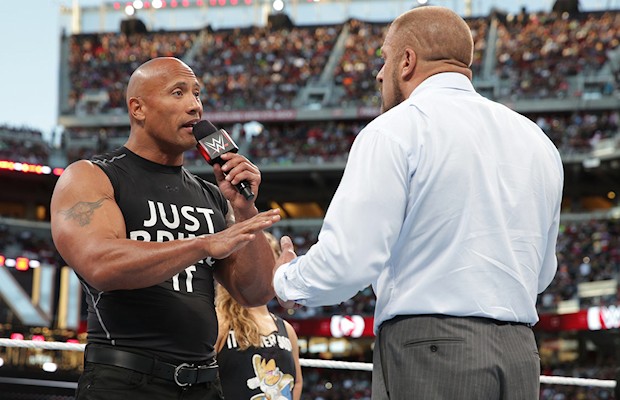 The Rock versus Triple H is penciled in for WrestleMania 32, Dave Meltzer has stated on Wrestling Observer Radio.

There had been speculation that WWE were thinking about Rock going one-on-one with Brock Lesnar, as “The Beast Incarnate” is no longer scheduled to face The Undertaker on the April 3, 2016 show. A match between Lesnar and “Stone Cold” Steve Austin has also been ruled out.

But as of last week, Hunter and Rock is on tap for the show. If Ronda Rousey had been available, it may have been Rock and Rousey versus Triple H and Stephanie. However, Rousey has been ruled out due to a movie shoot she’s working in Indonesia next spring.

The plan for The Rock and Triple H goes all the way back to a segment they did on a SmackDown last October. They then went even further in a heated segment at WrestleMania 31.