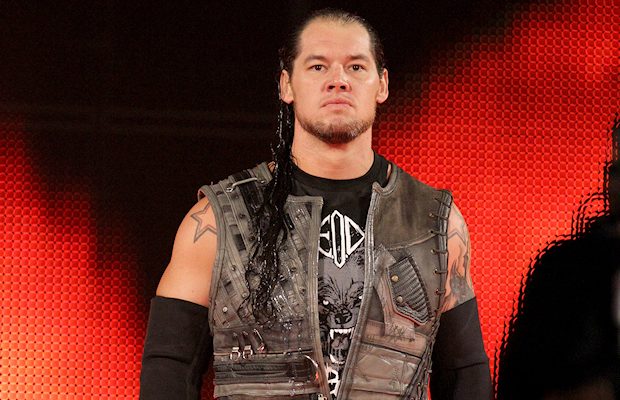 After being appointed the “Constable” of Monday Night Raw last week by Raw Commissioner Stephanie McMahon — with the intent of keeping Raw General Manager Kurt Angle in line — Corbin revealed a dramatic new look on this week’s show.

Raw kicked off with a segment where the eight Raw Superstars competing in a Money in the Bank Ladder Match this Sunday hyped the show while standing on a ladder in the middle of the ring. Angle then came out to say he wants Raw to win.

Corbin eventually made his way out to ensure that Raw runs smoothly. But what really grabbed fans’ attention is “The Lone Wolf” sporting a shaved head.

#ConstableCorbin IS ON THE SCENE, and he's here to ensure that the show runs smoothly… #RAW @BaronCorbinWWE pic.twitter.com/IfY035dMmD

WWE also posted this video of Corbin getting his hair cut backstage before Raw.

After getting his head shaved, Corbin said it’s a “sad day” for the “losers on Twitter.”

@baroncorbinwwe’s mean streak has been on another level lately! This is unfortunate for #MITB competitor @realbobbyroode! #WWEPeoria

He lost to Bobby Roode in a singles match. Before wrestling, Corbin took part in a meet-and-greet with fans in his gear.