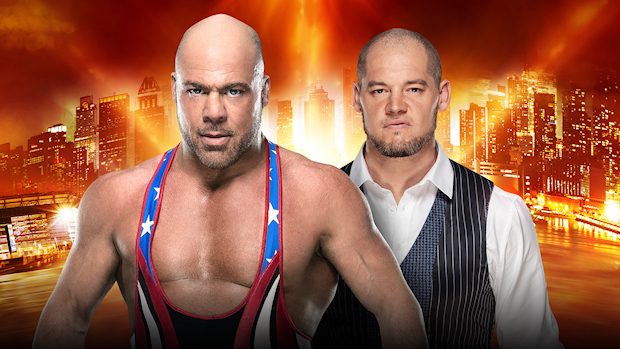 — With Kurt Angle’s Farewell Match at WrestleMania 35 fast approaching, speculation has run rampant as to who “The Olympic Hero” would face on the way out. Prior to facing Chad Gable on Raw last week, Angle made a simple and appropriate selection: Baron Corbin.

According to Tom Colohue, a freelance writer who contributes to the Pro Wrestling Torch, several members of the WWE creative team believe that Corbin is the wrong opponent for Angle. The match, however, is still scheduled to take place because “a small minority above them” believe it’s the right move for WWE going forward.

The former WWE Superstar tweeted photos of himself at the show, which took place at the Mohegan Sun Arena in Uncasville, Connecticut.