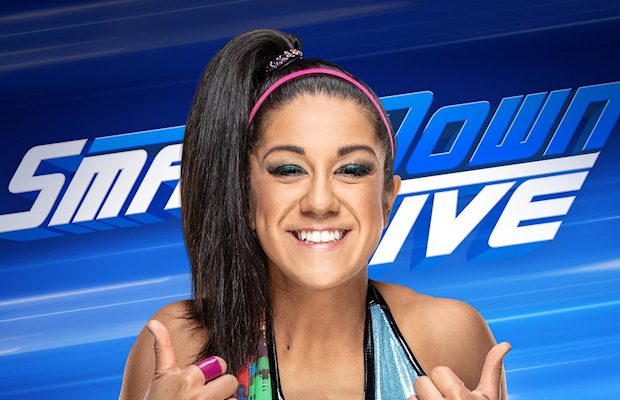 After the match, Lynch attacked Evans but Flair helped Evans beat down the Raw Women’s Champion. Bayley ran to the ring and saved Lynch from her attackers. With Charlotte down and out, Bayley cashed in her contract. She quickly pinned Charlotte with an elbow drop to become the new SmackDown Women’s Champion.

20 Hot Photos Of Bayley’s Booty You Need To See →
Bayley has a great ass, to say the least. Check out these 20 hot booty shots of the SmackDown LIVE Superstar.