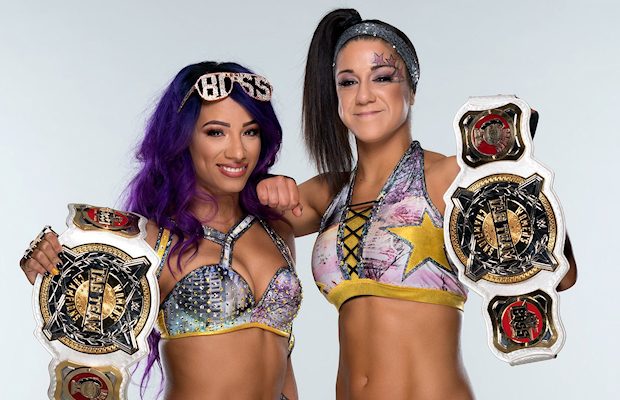 It was reported earlier that Banks attempted to quit WWE over the weekend after being told that she and Bayley were losing the WWE Women’s Tag Team Championship to The IIconics at WrestleMania. However, before a final decision is made, management told her to reconsider things for a few weeks.

To add a new layer to the story, Ryan Satin of Pro Wrestling Sheet revealed today on Twitter that Bayley and Banks laid on the floor of the women’s locker room at MetLife Stadium “loudly making it known they were unhappy” about dropping the WWE Women’s Tag Team Championship. Satin also said that they made a similar scene at the WWE hotel.

Bayley and Banks dropped the WWE Women’s Tag Team Championship to Billie Kay and Peyton Royce in a Fatal 4-Way Match that included Tamina and Nia Jax, and Natalya and Beth Phoenix. Satin is under the belief that Bayley and Banks are upset over not having a longer run with the titles rather than because they lost them to The IIconics.