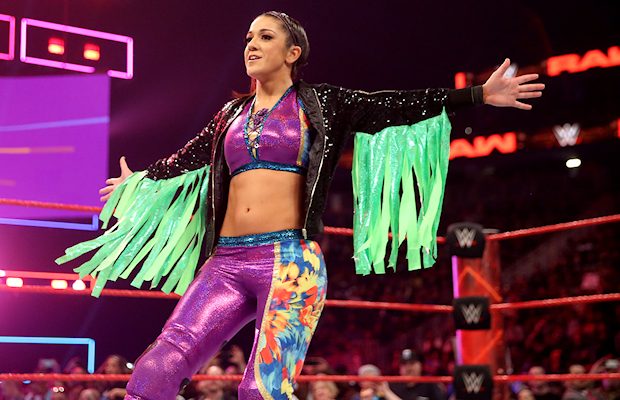 – Below is video of Bayley talking to Mike Rome after returning to WWE RAW in her hometown of San Jose, California last night. As noted, Bayley has been added to the RAW Women’s Title match at No Mercy to make it Bayley vs. Emma vs. Nia Jax vs. Sasha Banks vs. champion Alexa Bliss. Bayley noted that she had friends and family in attendance but they didn’t know about the return.

Regarding her shoulder and how it’s doing, she says it feels great after what happened and getting to take out Bliss made it even better. Bayley says she could not feel better and is ready to go mentally & physically. She talks about being added to the match at No Mercy and says she’s more focused & more determined. Bayley says she’s had time to do a lot of thinking, and a lot of missing everything, so she’s going to show the other girls how much she’s improved, how her mind works differently and how much she’s learned from being away.

Just a snack before I #FeastOnTheBeast #NoMercy