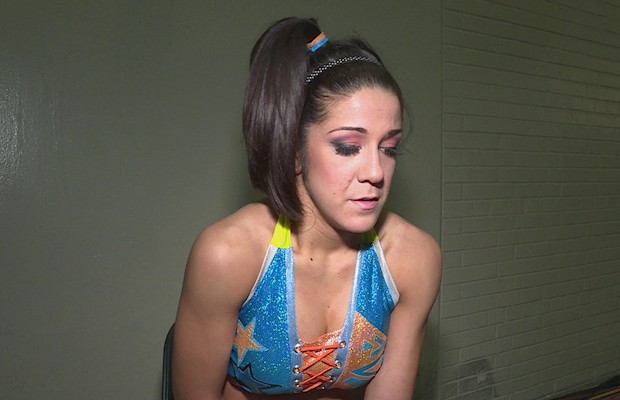 Bayley’s match against Raw Women’s Champion Alexa Bliss is off.

After suffering an injury to her shoulder during a match against Nia Jax on Raw last week, WWE released the video below updating her status.

In the video, Mike Rome says Bayley has a separated shoulder after undergoing an evaluation this morning and will not be competing at SummerSlam. Bayley will, however, be on Raw tonight to address her future.

Raw General Manager Kurt Angle confirmed to Rome that two Triple Threat Matches will take place on Raw tonight, with the winners facing off on Raw next week to decide who will challenge Alexa Bliss for the Raw Women’s Championship at SummerSlam.