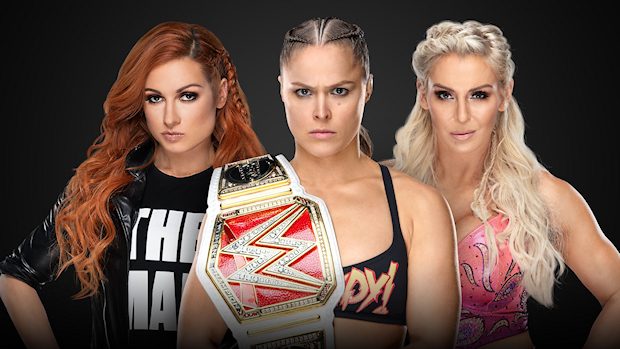 Becky Lynch is going to WrestleMania 35.

Again. For real this time.

In a post-match interview with Cathy Kelley, Lynch vowed to chase Rousey out of WWE at WrestleMania 35.

Lynch earned the right to challenge Rousey for the Raw Women’s Championship at WrestleMania after winning the 30-Woman Royal Rumble Match. Following confrontations with Triple H and Stephanie McMahon where she continuously refused to get her injured knee looked at, Vince McMahon handed Lynch a 60-day suspension on the February 11 episode of Raw that would run through WrestleMania. He then introduced Flair as Rousey’s new opponent.

On Raw last week, Stephanie lifted Lynch’s suspension and agreed to put her in the Raw Women’s Championship Match at WrestleMania 35 if she beat Flair at Fastlane. Due to Lynch’s lingering knee injury and refusal to see WWE‘s doctors about it, Stephanie had Lynch sign a hold-harmless agreement so that WWE won’t be held liable if she got hurt in the match.