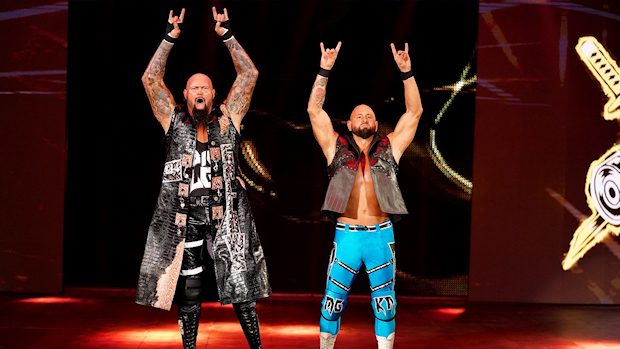 One of the big topics of conversation at SmackDown LIVE last Tuesday concerned the future of Luke Gallows and Karl Anderson. The SmackDown LIVE tag team are among the wrestlers that management approached about signing new deals in advance of their current contracts expiring this year.

While Gallows and Anderson had multiple meetings with WWE about their future, PWInsider’s Mike Johnson heard from three sources that they rejected the company’s “multi-million-dollar deals.” They intend to leave WWE after their current deals expire in September.

Johnson was told that Gallows and Anderson were both offered five-year deals. If you factor in that WWE officials have been offering raises many wrestlers, this would boost the offers in the multi-million dollar range when you add up the five years.

Part of the reason Gallows and Anderson are looking to leaving WWE is how they have been handled since last year. After a solid start with WWE in 2016, the team has been relegated to live events and inconsistent television appearances since joining SmackDown LIVE last April as part of the Superstar Shake-up.

One source pointed out that while Gallows and Anderson are often backstage at SmackDown LIVE television events, they aren’t being booked on house shows. The source says they stopped being booked after meetings with WWE officials didn’t result in new deals.

While their respective deals won’t expire until six months from now, the talk among wrestlers this week is that Gallows and Anderson are “determined to find their futures outside of WWE.”

“As far as why they want to resign the duo, it’s on no one but WWE as to why they have been sitting around doing nothing. They aren’t the ones who didn’t book them for recent house shows. They aren’t the ones who aren’t booking themselves on TV. That falls on WWE. It could be they have plans for the team going forward but don’t want to push them unless they are locked in full-time,” Johnson wrote.