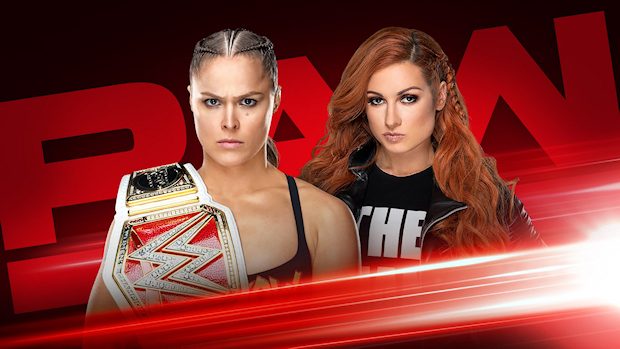 Ronda Rousey and Becky Lynch did the unlikely last night: team up to take out The Squad.

After Raw ended, Ronda and Becky confronted each other about the bombshell Vince McMahon had just dropped, suspending Becky Lynch past WrestleMania 35. The Squad then came out, with Ruby saying that she is the number one contender for the Raw Women’s Championship and therefore Rousey and Lynch should be looking right at her.

The end of Raw had Lynch apologizing to Triple H and Stephanie McMahon for her actions last week, thereby allowing her to compete at WrestleMania 35. Vince McMahon immediately came out and said he did not accept her apology and that she was suspended for 60 days, which would be five days after WrestleMania 35. He then introduced her replacement, Charlotte Flair.

Rousey will defend the Raw Women’s Championship against Ruby this Sunday at Elimination Chamber.