Becky Lynch Calls Out Sasha Banks For Being Unable To "Step Up" And "Take Losing" In WWE - PWPIX.net 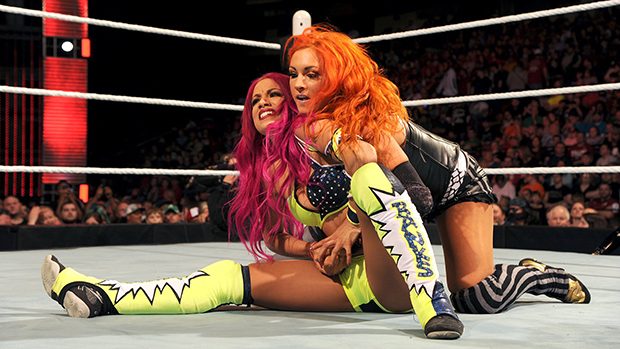 Ahead of SummerSlam tomorrow night, Raw Women’s Champion Becky Lynch did a number of interviews to promote her title defend against Natalya. While speaking to Sky Sports on Friday, Lynch was asked if she’s interested in wrestling Sasha Banks.

“Yeah, [I would be interested in facing her] if Sasha Banks could hack it and she didn’t just get her jacket — and she’s off crying like Ronda Rousey — then I would love to face her,” Lynch said.

You can watch Lynch talk about Banks below. Click here to watch the entire interview.

OMG @BeckyLynchWWE poppin off on @SashaBanksWWE is all I needed today 👀🍵 pic.twitter.com/WCIfiWvuM2

Banks hasn’t stepped inside the ring since she and Bayley dropped the WWE Women’s Tag Team Championship to The IIconics at WrestleMania 35 on April 7.

Wrestling Observer Newsletter editor Dave Meltzer was first to report that Banks tried to quit WWE after feeling “blindsided” over their decision to have her and Bayley drop the WWE Women’s Tag Team Championship at WrestleMania 35. They were not informed until the day of WrestleMania 35 that they would be losing the titles to The IIconics in a Fatal 4-Way Match that also included the teams of Beth Phoenix and Natalya, and Nia Jax and Tamina.

Meltzer reported in May that Banks had a private meeting with Vince McMahon and that issues between the two had improved. However, he reported last month that her status had not changed since it’s still “to be determined.”