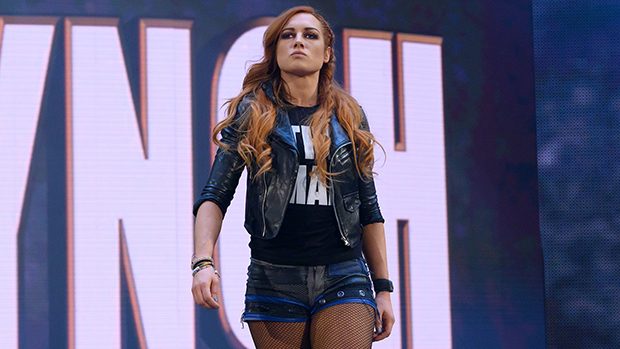 — Becky Lynch has taken over the professional wrestling scene in the last year, and this Friday, you can find the Raw Women’s Champion with actress Alison Brie on the cover of ESPN The Magazine’s “Blockbuster” issue.

Lynch is the first WWE Superstar to appear on the cover of ESPN The Magazine.

— At WWE Extreme Rules, Universal Champion Seth Rollins and Raw Women’s Champion Becky Lynch will put their titles on the line in a Winners Take All Mixed Tag Team Extreme Rules Match in hopes of getting Baron Corbin and Lacey Evans out of their hair once and for all.

Even if Evans comes up short this Sunday, expect “The Lady of WWE” to remain in the spotlight. According to Brad Shepard of Pro Sports Extra, Vince McMahon is really high on Evans.

According to a source in #WWE, you can expect Lacey Evans to stay in the spotlight for quite some time. Vince McMahon is really high on her, and she won’t be going away no matter what happens on Sunday at Extreme Rules.